Coronavirus Switzerland - Questions for the experts 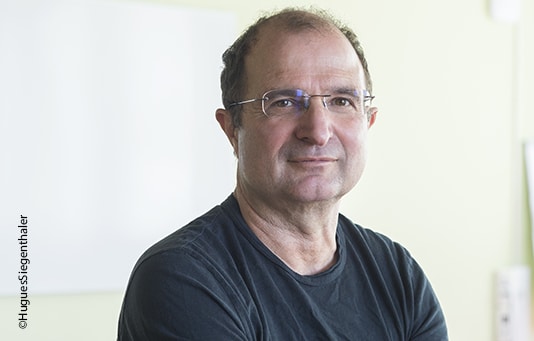 We have raised more than 42 million francs in donations to help those hardest hit by the coronavirus pandemic in Switzerland. Thanks to your solidarity, we have funded 150 projects being run by 114 Swiss organisations. How are projects selected ?

Jean-Pierre Tabin, Professor of Social Policy at the University of Applied Sciences Western Switzerland (HES-SO) in Lausanne, is one of the two independent experts for our ‘Coronavirus Switzerland’ fundraising campaign. Applying his expertise in the field of social research, he works with our Programmes Department to analyse the funding applications we receive from organisations. Find out below how your donations fund relevant projects.

Why is it important to analyse project applications before funding them?

Many organisations submit projects, but there is not enough money to fund them all. Moreover, not all projects are fundable: some are insufficiently developed, others are redundant with what other organisations or the confederation are already doing in the field, and some requests are financially disproportionate. And certain actions need to be coordinated.

During this campaign for those most affected by Covid-19, what criteria do you use to evaluate a project run by a Swiss organisation?

The credibility of the organisation submitting the application, its degree of integration with the network of local service providers, the type of population targeted, the type of services offered, the ability to implement them quickly and the budget’s compatibility with the proposed services.

Given your familiarity with the organisations whose projects Swiss Solidarity funds, can you tell us about the difficulties they have encountered since the coronavirus pandemic began and any developments there have been?

The first challenge related to the sudden increase in demand. As a result of the various pandemic containment measures that were taken, different population groups found themselves without the means to keep earning a living. These already fragile populations include domestic workers, the self-employed, people with unstable or undeclared employment, undocumented labourers and sex workers.

The second difficulty resulted from the fact that the capacity to deliver aid was diminished, either because volunteers belonging to at-risk groups were no longer available, or because supplies were lacking—for example, there were no more unsold meals from the food service industry to distribute.

What food aid needs have emerged as a result of the coronavirus pandemic?

The measures taken to contain the Covid-19 pandemic highlighted the precarious living conditions of many people in Switzerland, not to mention their complete lack of savings to cope with a crisis. People who could not have imagined that they would one day have to apply for food aid, such as people who had until then been earning a living from small or precarious jobs, were suddenly forced to do so. Housing problems have also arisen as some people can no longer afford to pay their rent.

Are these food aid needs different from those that existed before the coronavirus crisis began?

The scale of the demand is unprecedented, but the needs remain the same: basic foodstuffs to be able to subsist, to feed oneself and one’s family.

Generally speaking, what can you say about the volunteer sector’s and civil society’s response to the crisis?

The organisations were very responsive and mobilised quickly to cope with the increased demand and shortage of resources. The solidarity has also been remarkable: not only have donations been numerous and substantial, but new people have committed to the cause. The Swiss government also intervened on a massive scale. But on the ground, we witnessed a certain degree of exhaustion due to the scale of demand and unanswered needs. Ending the lockdown has not made the problems go away.

Can you already draw lessons for the future with regard to helping the most disadvantaged people?

Research has long since highlighted the problem of poverty in Switzerland, but politicians have not appreciated the extent of the problem. There should be better job protection, especially for domestic workers, more social rights for people with precarious livelihoods, and better protection for sex workers. One must consider the implications of the fact that people without rights and protection have, in some cases, been living and working in Switzerland for many years. These include people such as undocumented immigrants and those whose asylum applications have been rejected, all of whom deserve to benefit from social welfare. These people should also be better informed about their social rights.