Typhoon Haiyan in the Philippines

People in Switzerland donated CHF 42,384,596 for the victims of the 2013 typhoon. Here we show you how we use your donations to help the victims.

Death and destruction in the Philippines

On 8th November 2013 Typhoon Haiyan swept over the Philippines, leaving total destruction in its wake.

The islands of Leyte and Samar were particularly hard hit. Tacloban, Leyte’s provincial capital, was also laid waste, and many people in the city died.

On 18th November 2013 we ran a national fundraising day for the victims of Typhoon Haiyan. The solidarity shown with the victims of the typhoon was overwhelming: we received a total of 42,384,596 francs in donations. 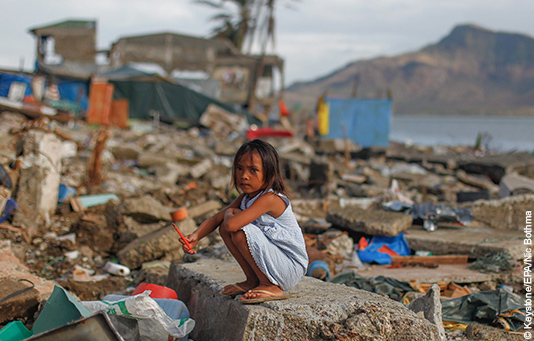 Your donation makes a difference. Thanks to your solidarity, the victims of Typhoon Haiyan are not only given a new roof over their heads, they are also able to work again and care for themselves.

How we are helping 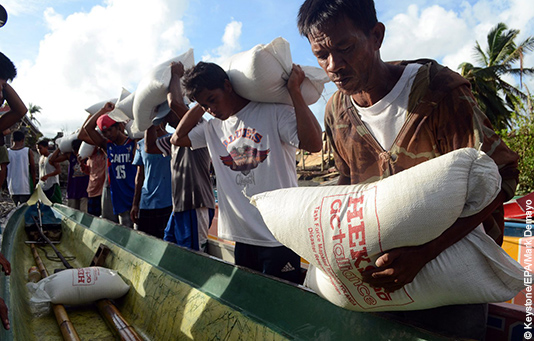 In the first weeks and months following the natural disaster, 42,000 families received food, household items and construction materials to rebuild their damaged houses.

Once our partner relief organizations had received authorization from the government to begin reconstruction work, they could begin building more durable houses.

They rebuilt 6,900 houses in total and repaired a further 4,900. Thanks to the advice and support received from the local people, buildings could be made more structurally sound in many places. These houses will be better able to withstand future storms and earthquakes.

In addition to these private homes, eight schools for 4,300 schoolchildren are currently being repaired or reconstructed.

The Philippines are frequently struck by heavy storms. We are therefore also funding the construction of three evacuation centres in which the local people can seek shelter during a typhoon. 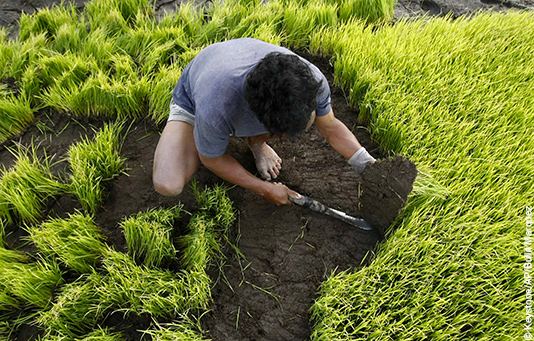 Typhoon Haiyan did not only wreck many houses, it also destroyed many people’s means of making a living.

The coconut plantations that were many farmers’ main source of income were totally destroyed. It takes several years for these plantations to regenerate and again provide a livelihood.

So we helped 30,000 families to find an alternative means of making a living. For example, farmers now grow crops that can soon be harvested: vegetables, cocoa and other plants.

So our aid efforts on the Philippines are coming to a close. The remaining CHF 2.5 million in donations will be used to fund a project to secure sources of income, and to extend or adapt existing programmes. 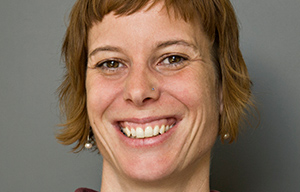 “It is vital that people can earn their own living again as soon as possible. But unfortunately they do not have insurance to fall back on. This is where our projects are needed.”

On 8 November 2013, Typhoon Haiyan tore through the Philippines, leaving a trail of destruction in its wake.

After the typhoon – Earning own money again

How your donation helps

Our partner NGOs help the victims of Typhoon Haiyan with projects tailored precisely to their needs: