History of Swiss Solidarity – the “Chain of Happiness”

Our founders were primarily radio broadcasters with large hearts. Today we are the biggest private donor to humanitarian NGOs in Switzerland.

Swiss Solidarity – it all began 73 years ago

“Y’a du bonheur pour tout le monde” – There is happiness for everyone! A song, a bold idea and a lot of enthusiasm marked the beginning of Swiss Solidarity’s history in 1946.

Faced with the poverty and misery in the country following the Second World War, radio presenters and entertainers Jack Rollan and Roger Nordmann felt the need to do something. A chain letter they received sparked off an idea – to start a chain reaction with a radio programme.

It was a bold idea. And it wasn’t easy convincing their bosses at the radio station that it was a good one. But they succeeded! On 26 September 1946 Radio Sottens, now RTS, broadcast the first “Chain of Happiness” programme designed to help war-damaged children. 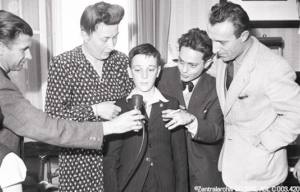 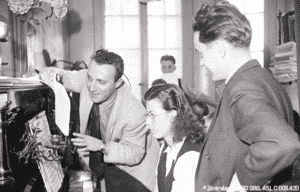 There is happiness for everyone!

A person who was able to meet a call for help particularly well was allowed to propose the next good deed. This first appeal for donations soon developed into a weekly radio programme, the “Chaîne du Bonheur”, or “Chain of Happiness” – now known in English as Swiss Solidarity. The aim was not to break the chain.

The radio programme was marked by a song entitled “Gavotte” and in particular by the chorus: “Y’a du bonheur pour tout le monde” – There is happiness for everyone – a song familiar to everyone in the French-speaking part of Switzerland at the time. The two founding fathers, who toured the villages with their programme, became regional stars.

The idea was soon picked up by radio stations in the German-, Italian- and Romansh-speaking areas of Switzerland, and so the “Chain of Happiness” spread throughout Switzerland.

Over the 73 years since then, we have made more than 249 appeals for donations for people in need.

From sausage and cigars to complex humanitarian projects

In 1946 – shortly after the end of the Second World War – many people in Switzerland suffered great poverty: there were five-year-old children who had never possessed a pair of shoes, or mothers bringing up five children single-handed on just 317 francs a month.

So initially people primarily donated material items. The radio studio in Lausanne was soon overflowing with boxes of cigars, sausages, mattresses, shoes, toys and much more. But a radio station is not a charity, and so Radio Sottens asked the Swiss Red Cross to come on board, and this humanitarian partner took charge of distributing the donations. 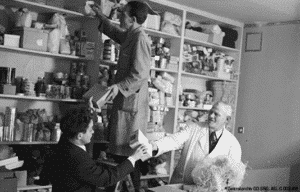 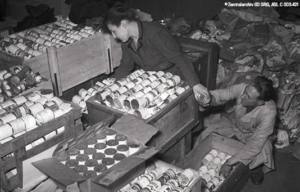 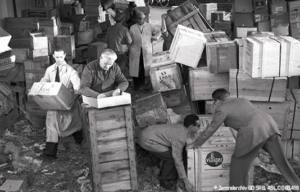 Over time cash donations replaced material donations. But how should the money be distributed among the “frail”?

Before our social aid programme became as professionalized as it was until 2017, when it ceased to be run in the same way, the supplicants had to approach Swiss Solidarity’s director. He listened to their stories and gave a bit of money to those who really needed help.

This form of individual social assistance has now been replaced with support for young people and children in need. In our ‘Jeder Rappen zählt’, ‘Coeur à Coeur’ and ‘Ogni centesimo conta’ appeals we raise money for projects that help young people to reintegrate into their social environment or the world of work, and for children who have witnessed or suffered violence in their own homes. By supporting projects rather than individuals, we can reach out to more people, helping them to change their lives for the better.

Today we have 26 operational partners and over the years have received a total of CHF 1.8 billion in donations. What was once a radio programme has now grown into the largest private Swiss donor for humanitarian aid, and is now the humanitarian wing of the SRG SSR. 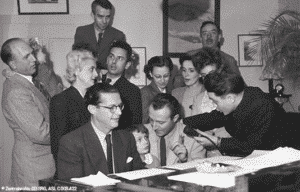 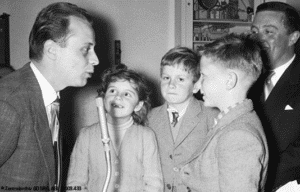 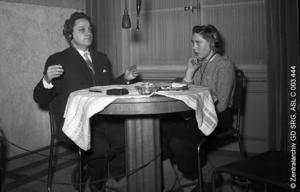 Swiss Solidarity in the German-speaking part of Switzerland

Although the history of Swiss Solidarity began with a radio show in Lausanne, just one year later the radio studios of Basel and Lugano took up the idea, and enthusiasm for the “radio chain letter” spread throughout Switzerland.

The first fundraising campaign conducted from Basel on 19 October 1947 was for the so-called “oil soldiers”. These were Swiss military men who, having eaten cheese toasted sandwiches fried in machine gun cooling oil, had to suffer all their lives from the consequences of poisoning.

From 1954 onwards, there was no longer a weekly show and campaigns were only run when there was a major disaster or other special event.

60% of donations from German-speaking Switzerland 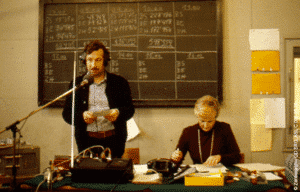 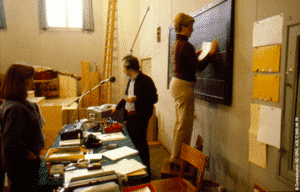 Since the 1970’s the voice and face of Roland Jeanneret in particular marked Swiss Solidarity in German-speaking Switzerland. Back in 1977, the DRS radio journalist initially stood in for his boss, who was unavailable on a fundraising day.

Asked what he should do exactly, his boss told him that it was very simple:

“Get as much money rolling in as possible!”.

Jeanneret put his heart and soul into Swiss Solidarity from the start, becoming a delegate for German-speaking Switzerland from 1991 and from 2000 the “voice of Swiss Solidarity”, responsible for all communication activities. He retired in 2011, after two decades devoted to the organization.