How the people of Sulawesi have become disaster recovery experts

Earlier this year, two and a half years after being rocked by the 2018 earthquake and the cataclysmic tsunami it triggered, the people of the Indonesian island of Sulawesi were shaken by yet another devastating earthquake, this time 500 kilometres further south. Let’s take a look at the influence the relative proximity of the latest disaster had on our partner NGOs’ ability to provide support, and how it bolstered the solidarity of the Sulawesi people.

In the early evening of 28 September 2018, a magnitude 7.5 earthquake struck, triggering a tsunami. The dual natural disaster slammed the Indonesian island of Sulawesi, especially the region around the city of Palu in the northwest, causing extensive destruction. Over 60,000 people lost their homes and several hundred thousand urgently needed aid. In early October, a few days after those terrible events, we organised a National Day of Solidarity, and over the weeks that followed, that campaign raised over CHF 13 million in donations for the victims of the earthquake and tsunami. 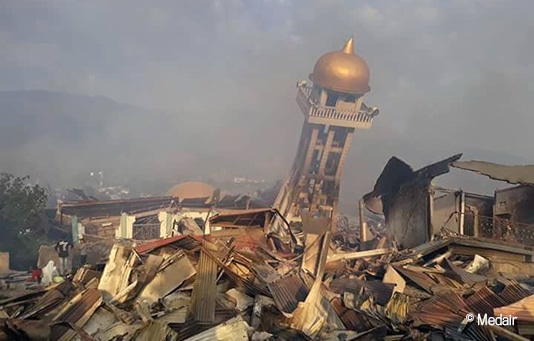 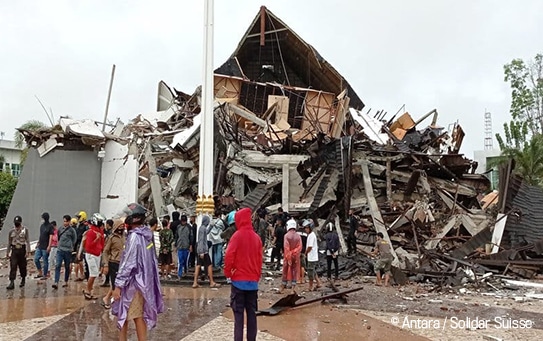 Back to a normal life in three phases

Immediately after the disaster, we started funding vital emergency aid. Over the weeks that followed, our partner relief organisations provided victims with basic necessities for survival. In a second phase, we funded aid projects that helped people gradually return to a semblance of normality. Among other things, they provided training on how to rebuild homes or businesses. In the third phase, our partner NGOs took a holistic approach to rebuilding the local economy. Because the region is particularly prone to earthquakes, the organisations also focused on preparing the Sulawesi people for future quakes and their consequences, so that they can respond effectively when disaster strikes. This final phase of recovery was still underway when two more earthquakes struck barely two years later on 14 and 15 January 2021.

One disaster after another

Two successive quakes with magnitudes of 5.9 and 6.2 struck near the town of Majene, about 500 kilometres from Palu. Fortunately, no tsunami followed. An estimated 100 people died and up to 30,000 found themselves homeless. Soon after, the authorities and the residents came together to build 25 emergency shelters for those affected. The global coronavirus pandemic posed a particular challenge: people were living in cramped conditions with hardly any protective measures in place, so our partner relief organisations also distributed masks and disinfectant. 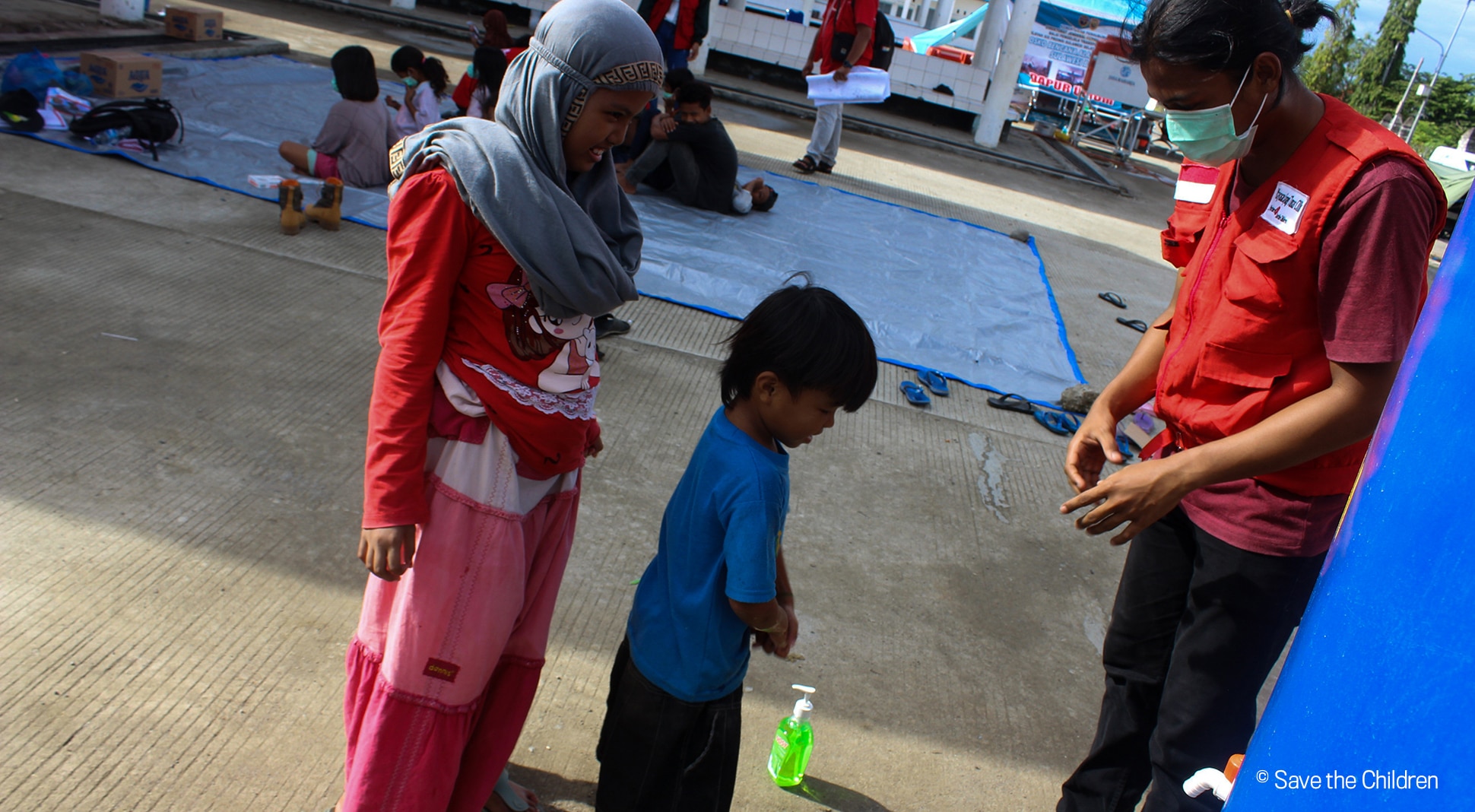 Once again, immediate support on many fronts

Some of our partner relief organisations were already working on the island with local NGOs and were therefore able to provide emergency assistance immediately following the January disaster. They distributed building materials such as tarpaulins, ropes and nails to people whose homes had been damaged or destroyed. They also provided immediate cash assistance to those affected: as local markets selling local products were still open, people could use the money to buy food, hygiene products and other goods to meet their daily needs. 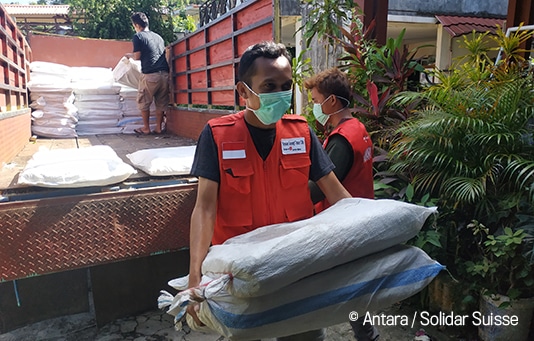 Thanks to your 2018 donations for those affected by the first disasters in Sulawesi, our partner NGOs are continuing to work with local organisations in 2021 to help thousands of people reclaim their everyday lives.

Our partner relief organisations continue to address many other challenges. Here are few examples:

It has been just over two years since 2018, when the people of Palu were pummelled by two successive natural disasters from which many people have yet to recover. However, something has changed. Today, these people are experts in post-earthquake, post-tsunami reconstruction. And they are happy to pass on their new-found expertise. Many staff members from local and international relief organisations travelled 500 kilometres to Majene to provide advice and support to those who were later affected by the January 2021 earthquakes. Their remarkable solidarity is especially valuable because they literally speak the same language! 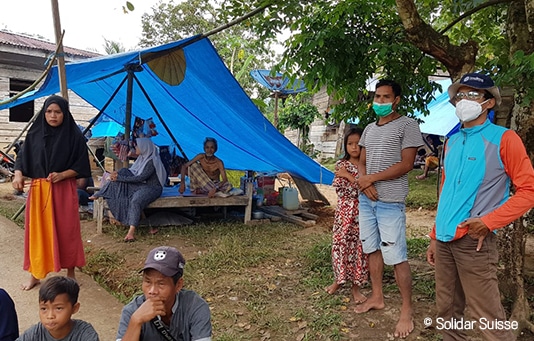