Crisis in Ukraine: Call for solidarity

Ukraine has been suffering an unrelenting assault by the Russian army since February 24. The people are fearful for their country’s uncertain future. To address the magnitude of the looming humanitarian crisis, we have launched a call for solidarity with the Ukrainian population and are accepting donations now. 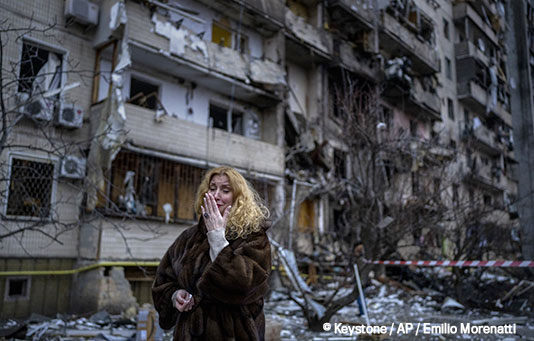 After four days of war, Russia’s massive military offensive against Ukraine is only intensifying. The capital, Kiev, is under assault and resisting the invading force with all its might. Echoing the eight years of war that have ravaged the Donbas region, air-raid sirens, curfews and bombings have shattered the lives of the civilian population in the capital and many other cities. Over a hundred thousand terrorised people, most of them women and children, have fled the country seeking safety in neighbouring countries, especially Poland. And the war has just begun. If it rages on, more lives will be lost and millions more may seek refuge outside Ukraine. 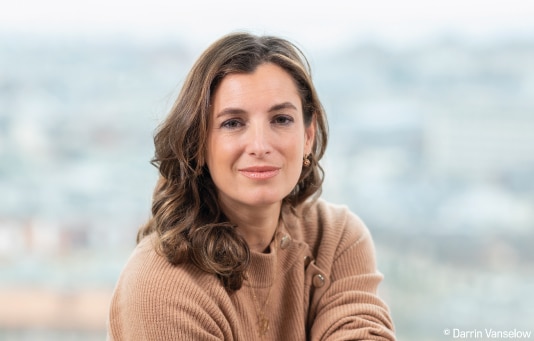 “Given the powerful emotions the war in Ukraine is stirring up, we are mobilising all available emergency funding in response to the immense solidarity that the people of Switzerland are expressing through their donations and messages”. 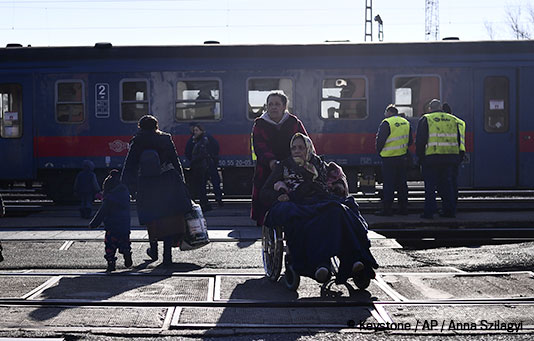 Taking in refugees
Arriving with very little, those who have fled Ukraine find themselves in makeshift shelters, train stations or public buildings, or for the lucky among them, in the homes of people they know. Food, shelter, toiletries and medical care are essential for those who have come seeking safety. Our aid will focus on supporting refugees arriving in neighbouring countries, and in Poland in particular.

As the war and humanitarian needs evolve, we will adapt accordingly and extend our support to aid projects directly within Ukraine if the security situation allows. Our partner NGOs—they include Caritas, the Swiss Red Cross, HEKS/EPER, Tdh Foundation, Helvetas, Medair and Médecins Sans Frontières—are on the ground assessing the situation and doing their best to provide assistance.

The conflict in Ukraine is dragging on and escalating. The consequences for the civilian population are dramatic and humanitarian needs are only growing. Urgent help is essential now more than ever. Your donation makes a difference. Thank you.