In Yemen, 24 million people are reliant on humanitarian aid. Your donation will enable us and our partner NGOs to provide the urgent help these people need. 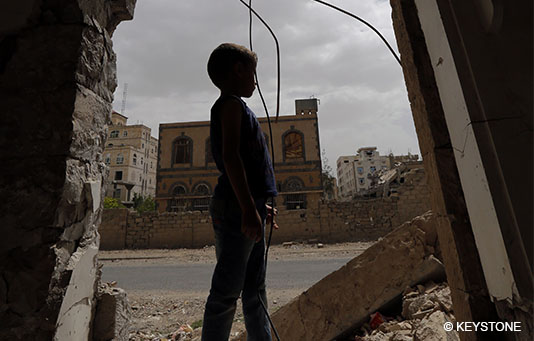 The war in Yemen has been raging for four years now. Bombardments, attacks and death are tragically now part of everyday life in the country.

The war has severely weakened the Yemini population: 24 million people – that’s three times the population of Switzerland – rely on humanitarian aid. The UN is calling it the greatest humanitarian disaster of our times.

Food has become very scarce in Yemen and the health system has broken down almost entirely. Fewer than half of the health facilities in the country still function adequately.

As a result, 1.8 million children are suffering from malnutrition. Water is difficult to access and is often of poor quality, so there are frequent outbreaks of diseases such as cholera. 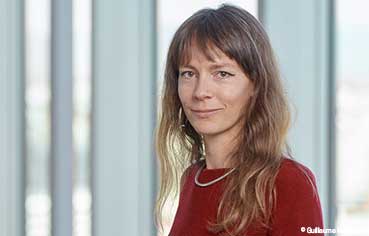 "In the face of this humanitarian tragedy, we see it as our duty to provide emergency aid to the Yemeni people, who have been suffering from the effects of this terrible war for over four years. We cooperate with our partner NGOs in Yemen, who are working tirelessly in very dangerous circumstances to help the injured and other victims of the war."

The situation in Yemen is very complex, and aid can only be provided in very dangerous circumstances.

Nonetheless, several of our partner NGOs are working on the ground providing healthcare, in particular treating malnourished children, providing access to drinking water and improving hygiene. 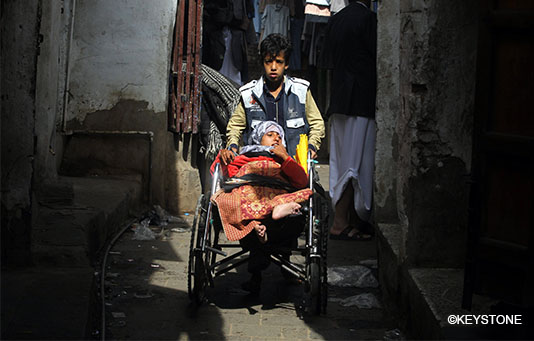 How your donation helps

Our partner NGOs are constantly having to adapt to the changing conditions so as not to find themselves in danger themselves.

Your donation means our partner NGOs can:

For each donation made using TWINT, an extra franc for Yemen.

Together we can make a difference for the people in Yemen. Why not join in and help on the national fundraising day for Yemen! THANK YOU!

War in Yemen – join us on social media!

Help us reach more people with our appeal for donations for Yemen! On this page you will find content to share on your own networks. THANK YOU!

They transform your donation into aid: